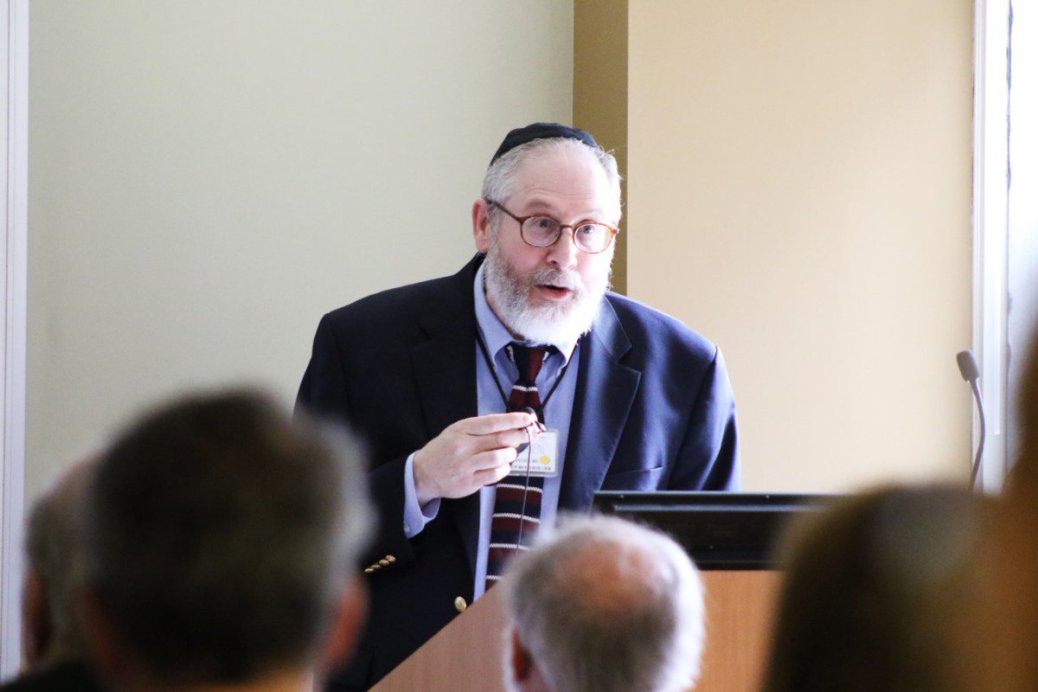 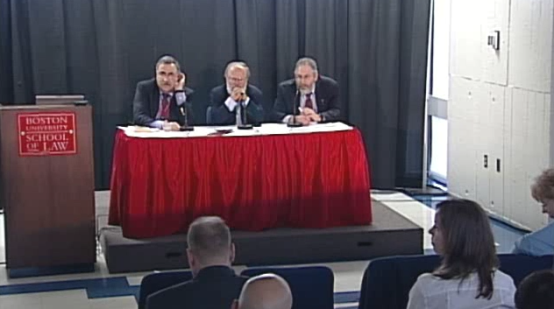 Shrine Lecture panel discussion with Professors Annas, Grodin and Glantz
Michael Alan Grodin, M.D., is Professor of Health Law, Ethics and Human Rights at the Boston University School of Public Health and Professor in the Center for Health Law, Ethics & Human Rights, where he has received the two highest awards granted to the Faculty, the Career Research and Scholarship Award and the Norman A. Scotch Award for Excellence in Teaching.
Dr. Grodin is Professor of Psychiatry and Family Medicine at the Boston University School of Medicine. In addition, Dr. Grodin is Director of the Project on Medicine and the Holocaust at the Elie Wiesel Center for Judaic Studies, core faculty of Judaic Studies and a member of the Division of Religious Studies of the College of Arts and Sciences. He completed his B.S. degree at the Massachusetts Institute of Technology, his M.D. degree at the Albert Einstein College of Medicine, his postdoctoral and fellowship training at UCLA and Harvard, and he has been on the faculty of Boston University for the past 34 years. Dr. Grodin is the Medical Ethicist at Boston Medical Center and for thirteen years served as Chairman of the Institutional Review Board of the Department of Health and Hospitals of the City of Boston. He is a fellow of the Hastings Center, served on the board of directors of Public Responsibility in Medicine and Research, the American Society of Law, Medicine and Ethics, and the Advisory Board of the Center for the Philosophy and History of Science.
He is a member of the Ethics Review Board of Physicians for Human Rights and co-director of Global Lawyers and Physicians: Working Together for Human Rights, a transnational NGO. He was founding director of the Boston Center for Refugee Health and Human Rights: Caring for Survivors of Torture which received the 2002 Outstanding Achievement Award from the Political Asylum/Immigration Representation Project for “sensitivity and dedication in caring for the health and human rights of refugees and survivors of torture.” An international expert on Medicine and the Holocaust, Professor Grodin has received a special citation from the United States Holocaust Memorial Museum in recognition of his “profound contributions – through original and creative research – to the cause of Holocaust education and remembrance.” He was a Member of the Global Implementation Project of the Istanbul Protocol Manual on the Effective Investigation and Documentation of Torture and Other Cruel, Inhuman or Degrading Treatment or Punishment and an Advisor to UNESCO. Dr. Grodin was the 2000 Julius Silberger Scholar and recipient of the 2014 Kravetz Award as an elected member of the Boston Psychoanalytic Society and Institute and the American Psychoanalytic Association. Four times named one of America’s Top Physicians, he has received 4 national Humanism in Medicine and Humanitarian Awards for “integrity, clinical excellence and compassion”, “outstanding humanism in medicine and integrity as a faculty member” and “compassion, empathy, respect and cultural sensitivity in the delivery of care to patients and their families.”
Dr. Grodin has delivered over 500 invited regional, national and international addresses, published more than 200 scholarly papers, and edited or co-edited 7 books: “The Nazi Doctors and the Nuremberg Code: Human Rights in Human Experimentation” and “Children as Research Subjects: Science, Ethics and Law” of the Bioethics Series of Oxford University Press, a book in the Boston Studies in the Philosophy of Science Series of Kluwer Academic Press entitled “Meta-Medical Ethics: The Philosophical Foundations of Bioethics,” and three books published by Routledge: “Health and Human Rights: A Reader” selected as 2nd of the top 10 humanitarian books of 1999, “Perspectives on Health and Human Rights” and “Health and Human Rights in a Changing World.” Professor Grodin has recently completed a book entitled “Jewish Medical Resistance in the Holocaust” and has completed the first draft of a new book, “Spiritual Resistance and Rabbinic Responsa During the Holocaust.” Dr. Grodin’s primary areas of interest include: the relationship of health and human rights, medicine and the holocaust, and bioethics.

Global Lawyers and Physicians (GLP) is a Non-Profit, Non-Governmental Organization that Focuses on Health and Human Rights Issues. Lawyers and physicians, by virtue of their privileged position and their commitment to life, health, social justice and equality, have special obligations to all people. GLP was founded on the premise that these professions, working together transnationally, can be a much more effective force for human rights than either profession can working separately.